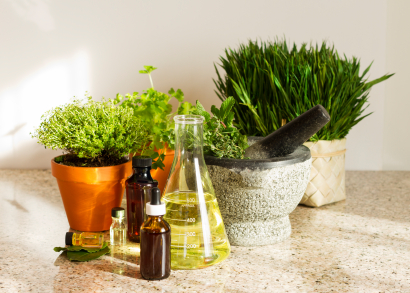 There’s a vitamin which has rightfully earned itself a reputation as a “super vitamin.” As a powerful antioxidant, it can help prevent many of the degenerative diseases we face as we age – including heart disease, stroke, arthritis, senility, diabetes and cancer. And that’s only the start.

This vitamin has long been recognized as a key nutrient for preventing the blood clots which kill over 100,000 people every year. It’s also associated with improved stamina and endurance, reduced menopause-related hot flushes, increased fertility.

While the diets of many Westerners don’t provide an adequate amount of this powerful nutrient, a simple vitamin supplement could potentially mean the difference between life and death for thousands every year. That nutrient is Vitamin E. 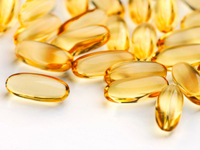 While you may not get enough Vitamin E through diet alone, you probably do get some and may not recognize the symptoms of chronic deficiency at first. Over time, a deficiency can lead to chronic fatigue, inflamed varicose veins, wounds healing slowly, premature aging, and sub-fertility.

You won’t find me promoting conventional drugs in this newsletter. But if you’re in a situation where you choose to take them, you may still find real benefit from supplements. One of those areas where Vitamin E has been proven to help the effectiveness of conventional medicine is with arthritis.

Doctors at Alexandria University in Egypt compared the standard medical treatment for rheumatoid arthritis with the same treatment, but with either a high dose of Vitamin E (400 mg, 3x daily) or a combination of antioxidants added. The standard medicine only control group started to notice improvement near the end of the second month. But both the high-dose Vitamin E group and the antioxidant combination group had less pain and morning stiffness by the end of the first month.

Can Vitamin E without the drugs help too? According to a placebo-controlled 12-week study published in the Annals of the Rheumatic Diseases, those taking high-dose Vitamin E (in this case, 600 mg, 2x daily) had a significant impact on pain not found in those taking a placebo. The results continued until the patients stopped taking their Vitamin E.

The New England Journal of Medicine published a study dramatically illustrating the power of Vitamin E. Researchers followed over 87,000 female nurses who were free of diagnosed cardiovascular disease and cancer at the start of the study. These nurses were monitored over an 8 year period. Those who took Vitamin E supplements for at least two years were found to have a 41% lower rate of major coronary disease.

How is this possible from a simple vitamin supplement? It’s fairly simple once we recognize that one of the major risk factors for heart disease is chronic systemic inflammation.

Another study in the New England Journal of Medicine found the blood concentration of high-sensitivity C-reactive protein (CRP) to be the best indicator of heart disease risk out of the 12 markers of inflammation measured including cholesterol and homocysteine levels.

Besides identifying CRP as an accurate cardiovascular risk measurement tool, the study also quantified the amount of increased risk. Elevated CRP was associated with a 450% increase in heart attack risk!

One reason Vitamin E helps your heart is it dramatically reduces the production of CRP and its associated pro-inflammatory parent molecule interleukin-6. Ishwarlal Jialal and Sridevi Devaraj studied 47 men and women with adult-onset, or type II, diabetes, and 25 healthy volunteers at the University of Texas Southwestern Medical Center to test the effect of mega-doses of Vitamin E on chronic inflammation.

The scientists sampled study participant’s blood before and after each of them received 1,200 IU of vitamin E daily for 3 months. Before treatment, 23 participants with major diabetes complications such as kidney failure were found with levels of CRP twice as high as the non-diabetic group.

Concentrations of CRP were about 33 percent higher in blood from the 24 participants with mild diabetes than the healthy group. But even the healthy group was found to have elevated levels of CRP. The results after supplementation were incredible.

Vitamin E supplements lowered CRP concentrations dramatically in all three groups. In just three months, Vitamin E helped not only diabetics, but also those who didn’t have a discernible problem… yet. 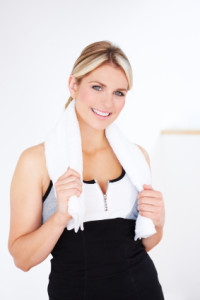 Vitamin E promotes healthy skin by protecting it from harmful levels of ultra-violet rays, and recent research shows it may also protect the body from eczema. A group of Japanese schoolchildren were studied recently. Those with even a slightly higher than average level of Vitamin E were 2/3 less likely to suffer from eczema than children who consumed lower amounts of Vitamin E.

Skin creams high in Vitamin E are great not only for keeping skin healthy and young, but also in preventing scarring. Rub it on generously to promote faster healing and minimize scarring. It’s also effective for helping treat skin ulcers, cold sores and shingles.

Lower Risk of Dementia and Alzheimer’s

A 6-year study published in the July 2010 issue of the Archives of Neurology looked at the effects of antioxidant Vitamin C and Vitamin E on the risk for Alzheimer’s and dementia. Interestingly, only Vitamin E cut the risk of Alzheimer’s – dropping by about 25% from those in the top third of consumption compared to those in the bottom third.

Your body’s cells break down glucose into water, carbon dioxide and energy in the form of adenosine triphosphate, or ATP. During this process, free radicals are created. Your white blood cells actually use free radicals to help fight off bacterial and viral infections and are thought to help the liver break down toxic chemicals in the body.

The problem is most of us have far too many free radicals floating around causing mischief. They tend to cause damage to cells, including our DNA. They accelerate the aging process and are associated with a number of health issues from cancer to heart disease.

Vitamin E, along with other nutrients like Vitamin C, beta-carotene, and bioflavonoids, play another major health role by helping cleanse the body of these excess free radicals.

Where to Find It 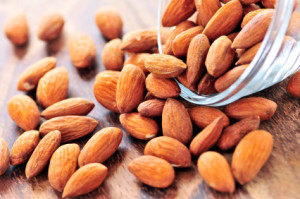 You can certainly get the recommended daily Vitamin E through diet, at least for the low end amounts given by the National Institutes of Health of 15mg (22.4 IU) for adults.

Vitamin E itself is a fat-soluble vitamin that includes eight naturally occurring compounds in two classes, tocopherols and tocotrienols. Of these, d-alpha-tocopherol has the highest biological activity and is the most common form found in supplements and food additives, but beware. Many supplement manufacturers use a cheaper synthetic version of Vitamin E labeled dl-alpha-tocopherol (notice the L after the D) which requires 50% more of the vitamin for the same effect.

For therapeutic effect, take a supplement containing a high-dose of Vitamin E, preferably ensuring your daily intake is at least 400mg. While Vitamin E can be toxic in very high amounts (anything, even water, can be toxic if you have too much), healthy adults can usually well tolerate up to 1,600 IU daily over short periods, or up to 1,000 mg per day for longer periods. It’s always a good idea to check with your doctor before taking large dose supplements.

So which foods are high in natural Vitamin E? Well, be careful again who you ask. According to the USDA, the top five choices are all breakfast cereals. Some of those aren’t exactly on the world’s list of greatest health foods. Here’s a slightly more helpful chart the U.S. National Institutes of Health helpfully provided us instead: 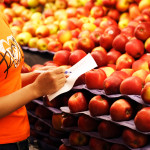 5 Ways You Can Beat Arthritis

When you start to feel uncomfortable pain in your knee,... 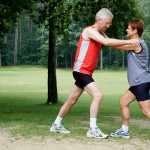 When it comes to arthritis we don't know nearly as...

Copyright © 2023 All material herein is provided for information only and may not be construed as personal medical advice. No action should be taken based solely on the contents of this information; instead readers should consult appropriate health professionals on any matter relating to their health and well-being. The publisher is not a licensed medical care provider. The information is provided with the understanding that the publisher is not engaged in the practice of medicine or any health-care profession and does not enter into a health-care practitioner/patient relationship with its readers. The publisher is not responsible for errors or omissions.